So the old woody back Transit project had been sold on and was sat rusting away for 12 months before being bought back by the previous owner.

Some questionable work had been done to it and with plans for it to come with me to a hot-rod show I didn’t want it there looking the way it did, with my name on it.

The worst crime committed to it was the paint, it had been rattle can painted with red and brown aerosol to try and create the look of rust but instead created the look of vandalism. Bit of a shame as I thought the original diamond white paint really suited it.

So with a week to get it sorted and a massive list of work to get it looking cool and roadworthy again I got to it. 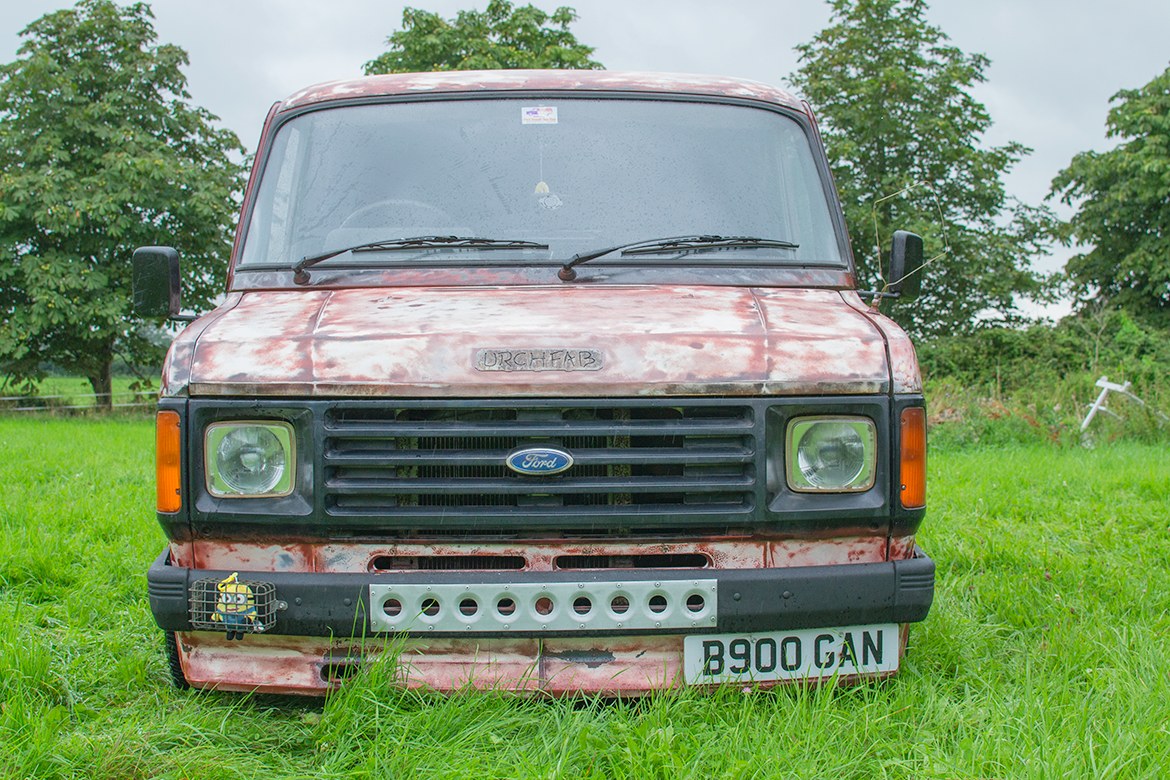 I started rubbing down the cab with the plan to paint it one flat colour but as I was rubbing off the red and brown it was looking kinda cool so I started adding a few bits of extra red here and there along with some black and eventually ended up with a kind of patina effect. 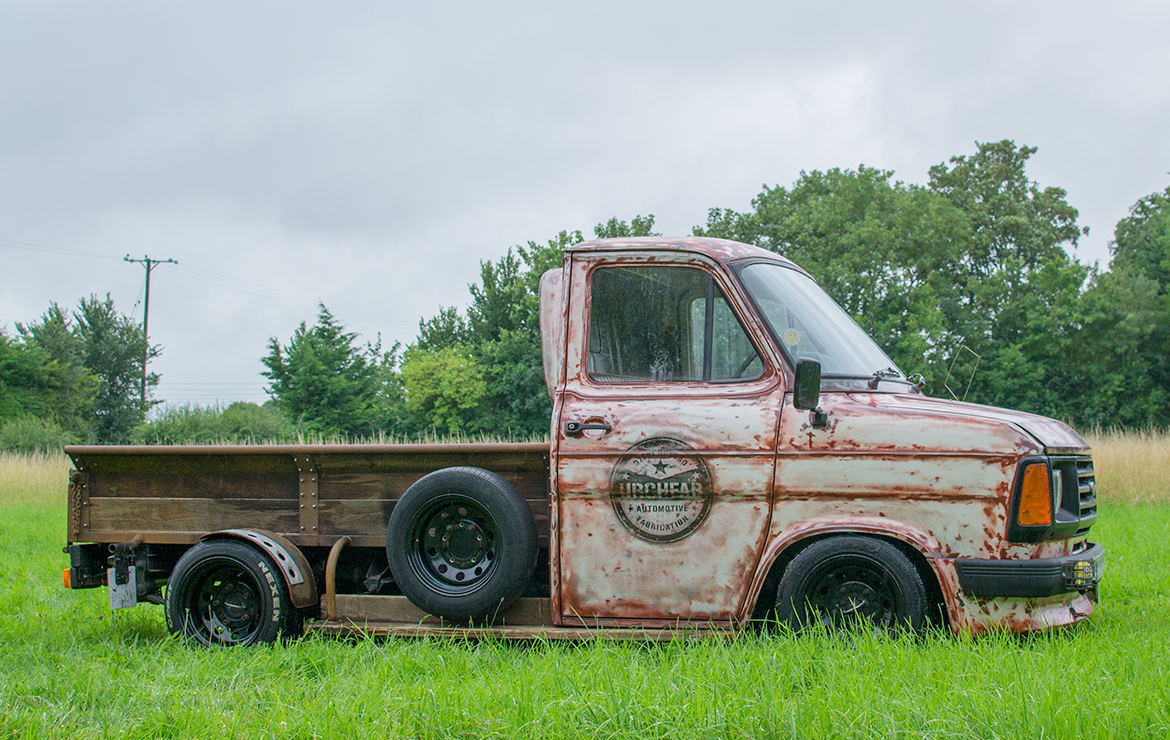 Over the top of that went some 2 pack satin lacquer to seal it. 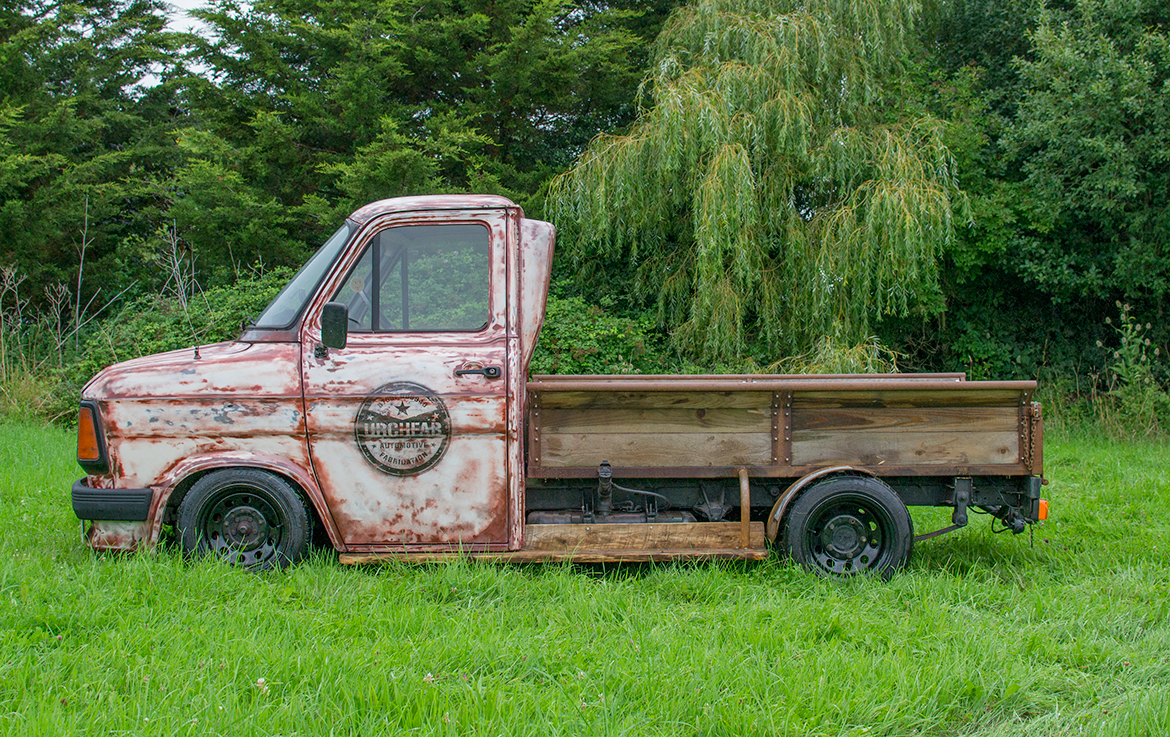 Then onto the back end where some arches were made from an old drum. 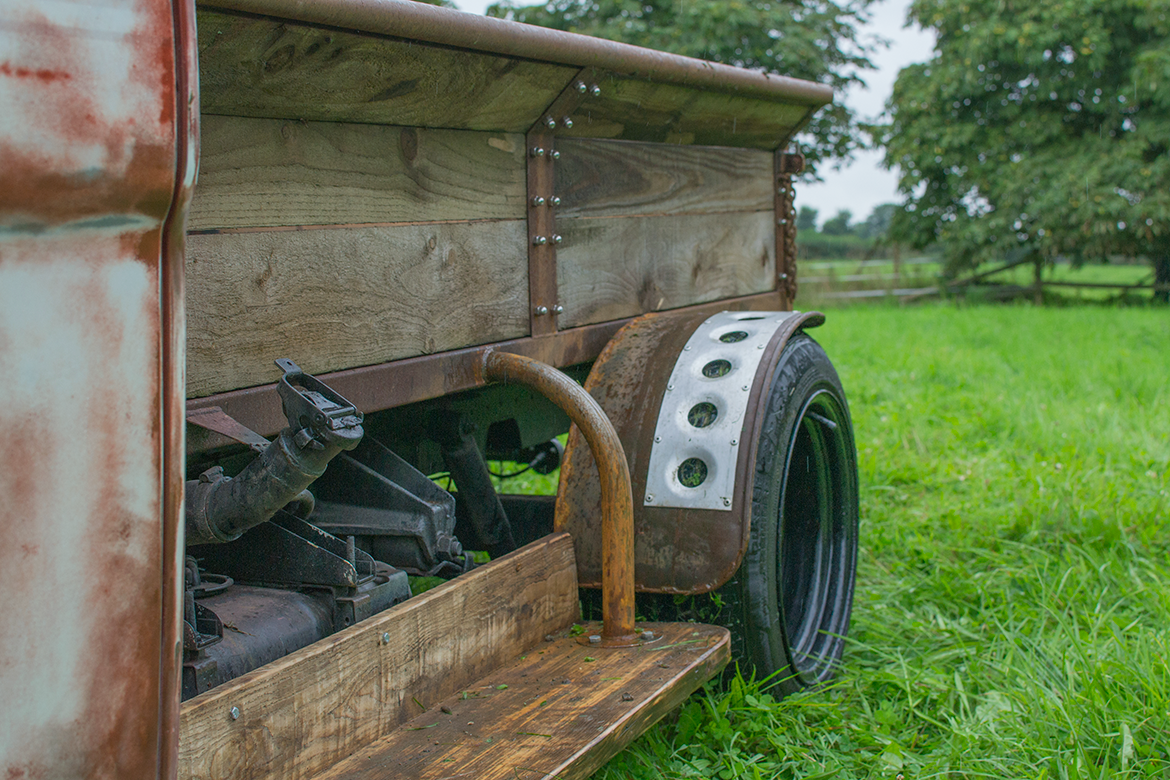 Step sides made from scaffold planks. 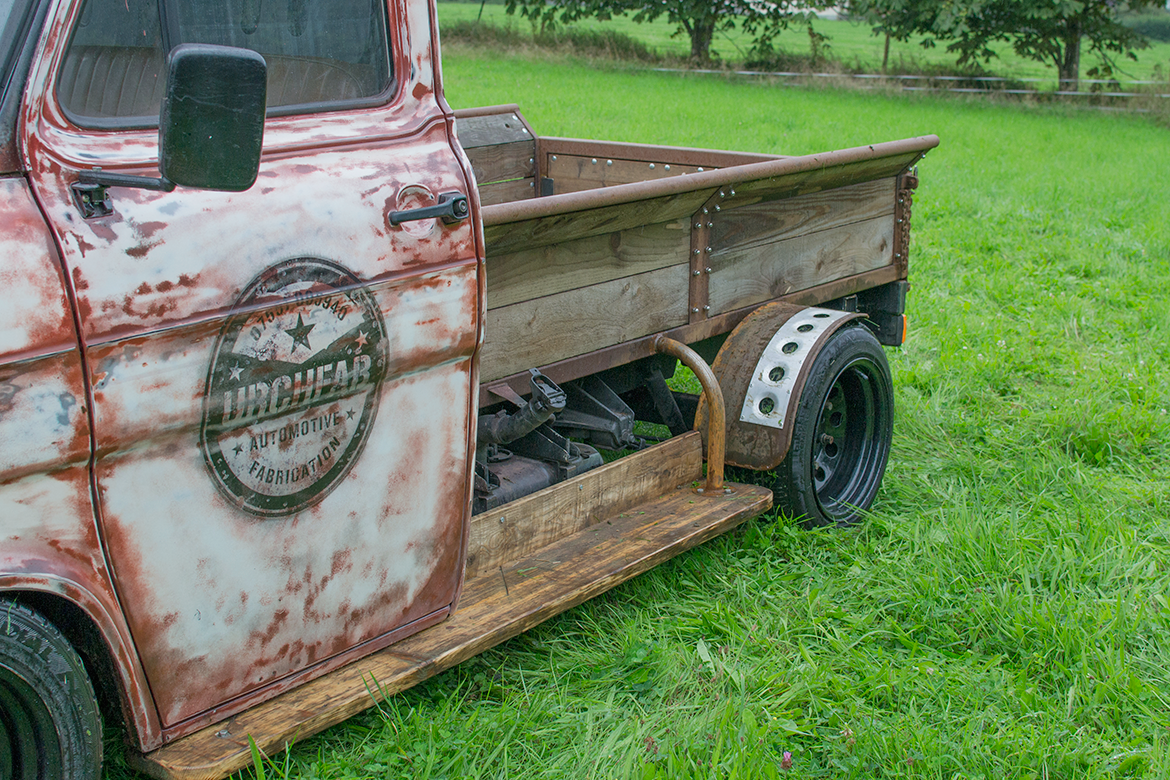 And a bit of router work on the tailgate. 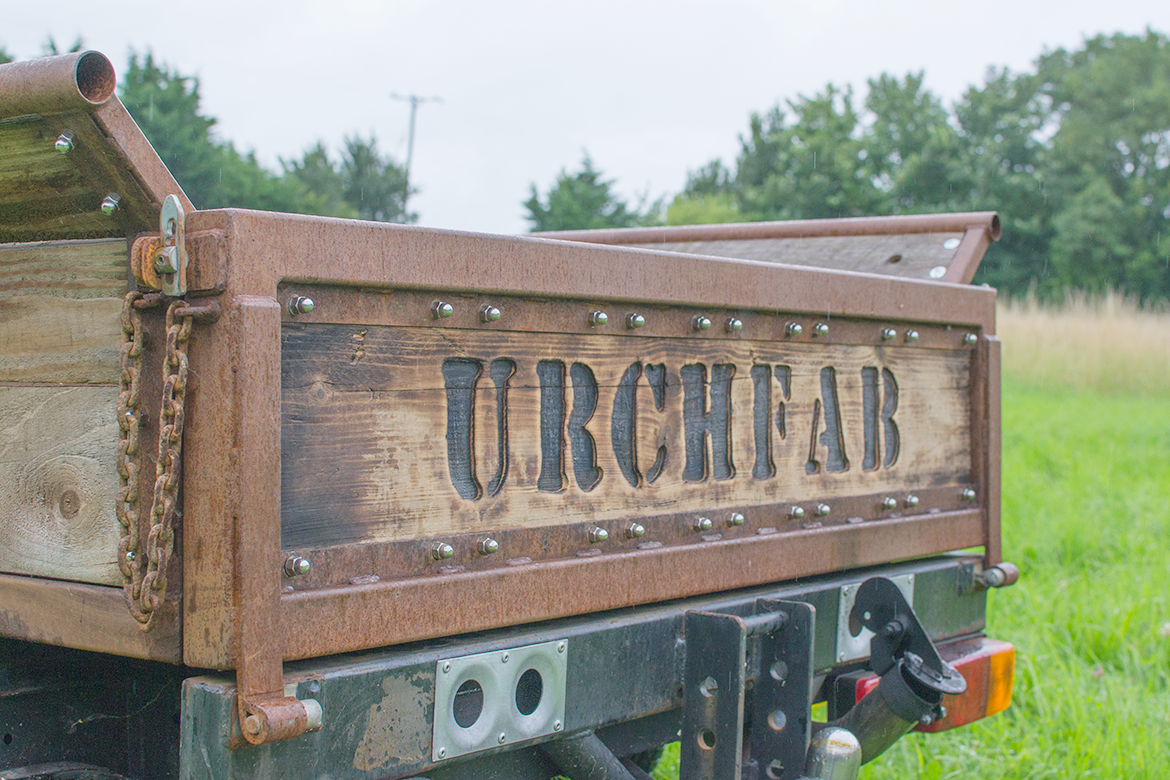 There was an old aluminium motorcycle ramp checked in the back so I cut that up and added a bit of aluminium into the mix. 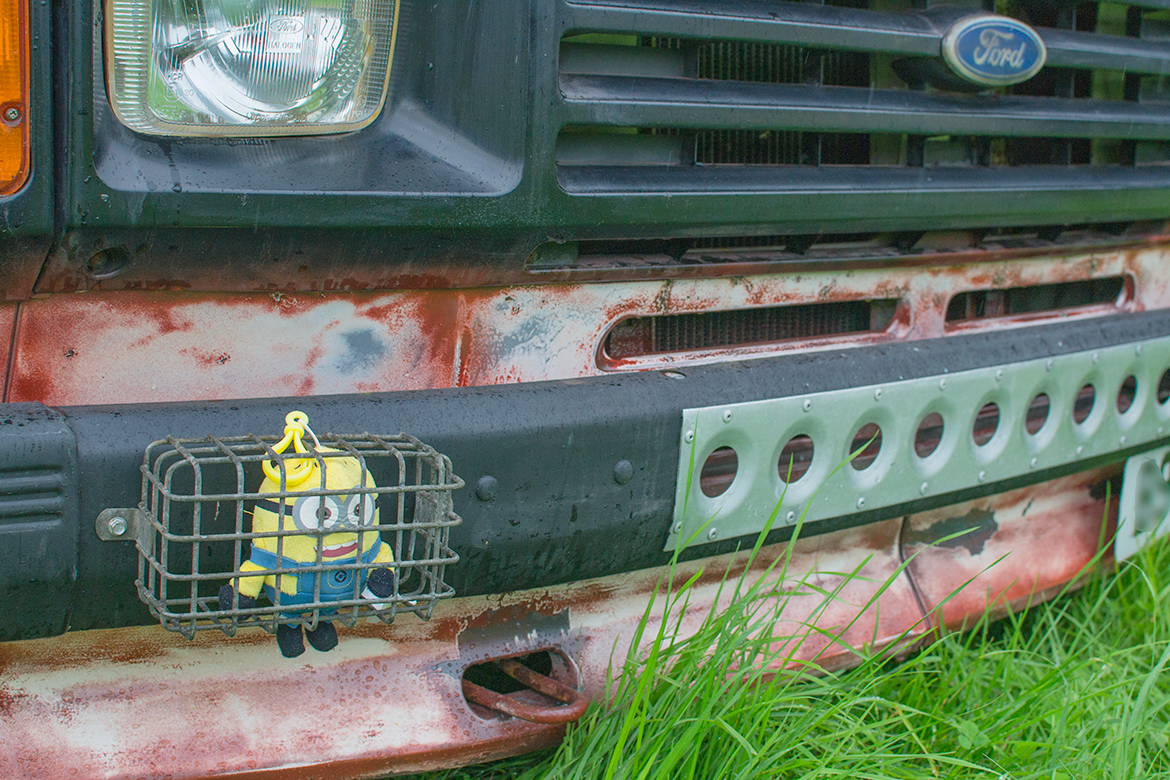 The engine was still the old trusty 2.0 Pinto but plans were being made to stick a 6bt Cummins engine in the rear bed with Jaguar IRS rear suspension but the old transit has since been sold on again so I will have to save that idea for another future project. 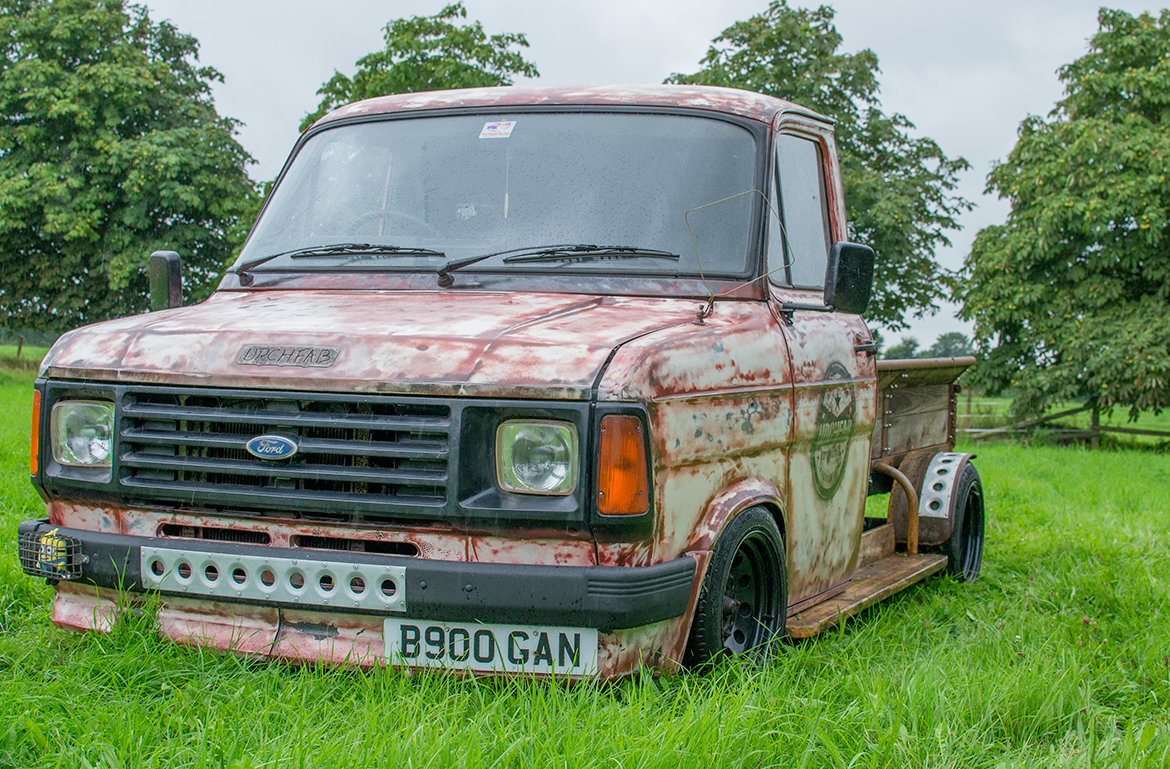 The trusty steed made it to the show and was well received, as with all of my builds some people love it, some people hate it and some people just don’t know what to make of it, but that’s the idea! 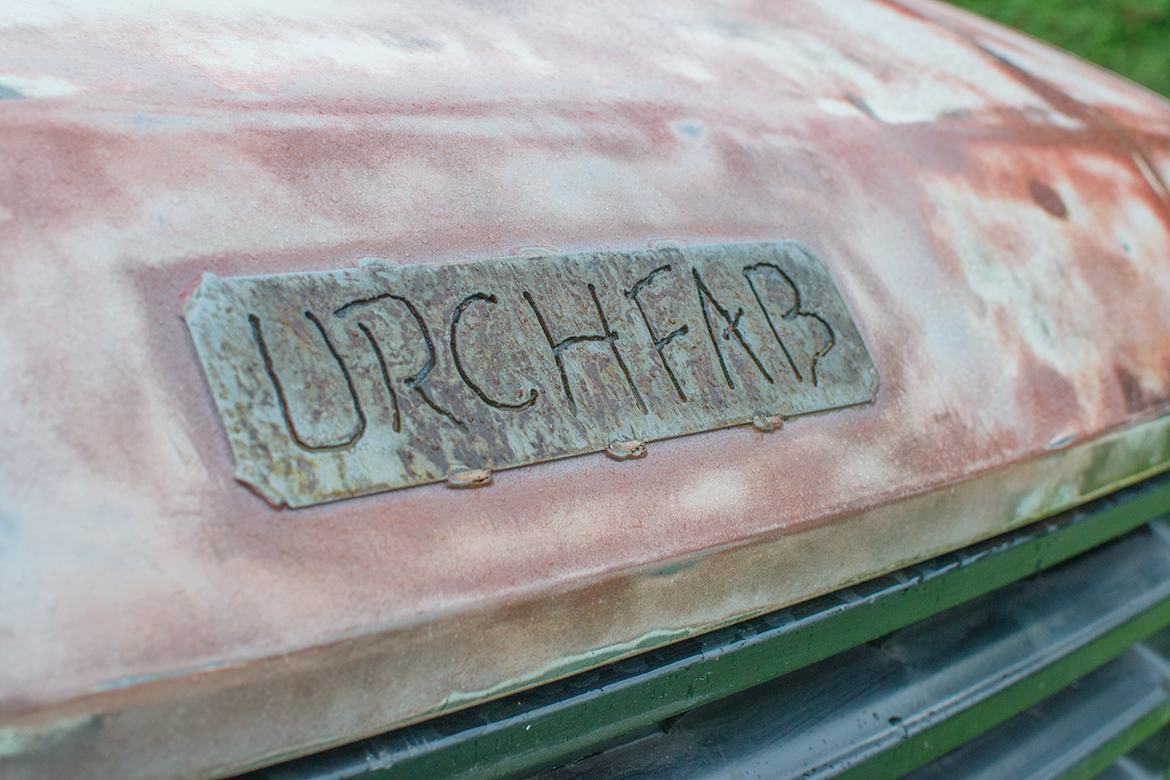 Nice Transit, hopefully you will get to fit the Cummins in it and the Jag IRS one day? Who knows.

I don’t own it anymore but I will be hanging on to that idea for the future. Cheers Matt

I’ve spotted the transit where I live in Longridge Lancashire. I love the workmanship that has gone into making a one off individual vehicle, it’s so in your face and turns heads when it drives past. Well done.