This 1984 Ford Transit started life as a trusty old campervan. I’m a massive fan of the Transit van and have owned loads of them over the years.

It was a bit of a find given the condition of the body and chassis, it’s never been welded and needed one patch to get through the MOT!  Most of these have been welded to death by now.

My plan was to build it to tow my rat rod around with but after sharing my plans and a few drawings with a friend he decided he had to have it and a deal was done. 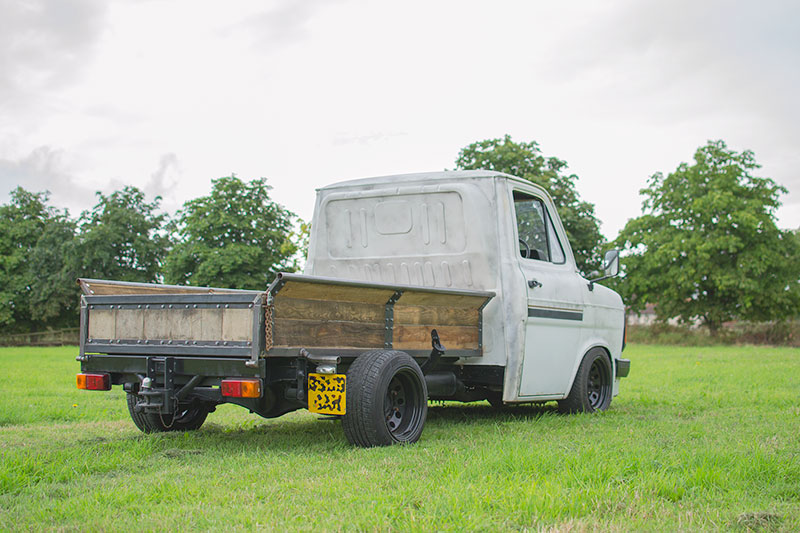 After some hard graft removing the living quarters from the back which was all very well fixed in I started off with lowering the beast. 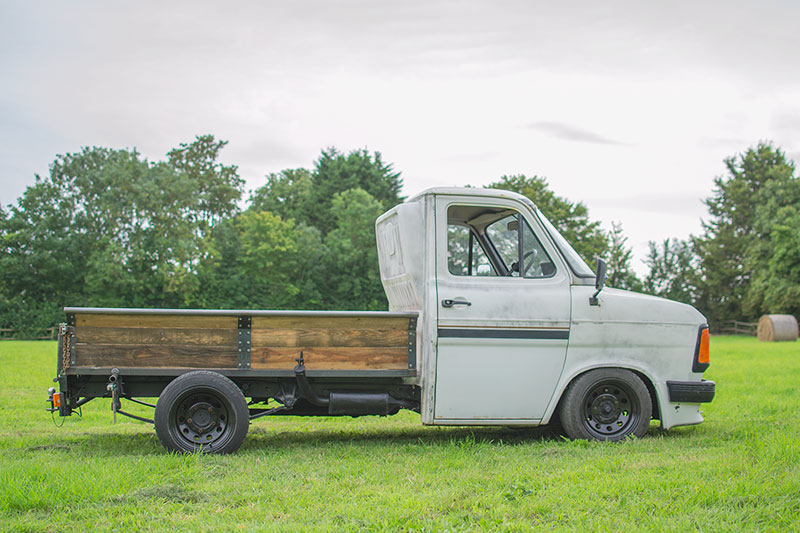 You end up with good ride height but clearance issues so the chassis is notched and strengthened to suit. The new ride height also has an effect on the steering geometry which is sorted by a link bar from the front beam to the body.

Next was the issue of the massive hole in the back of the cab, finding the correct panel was next to impossible so this was filled with a bulkhead panel from a later transit van which was narrowed and lengthened to fit. It allows for the seat to slide a good few inches further back due to the shape which is handy, I think a window in the back would be nice though. 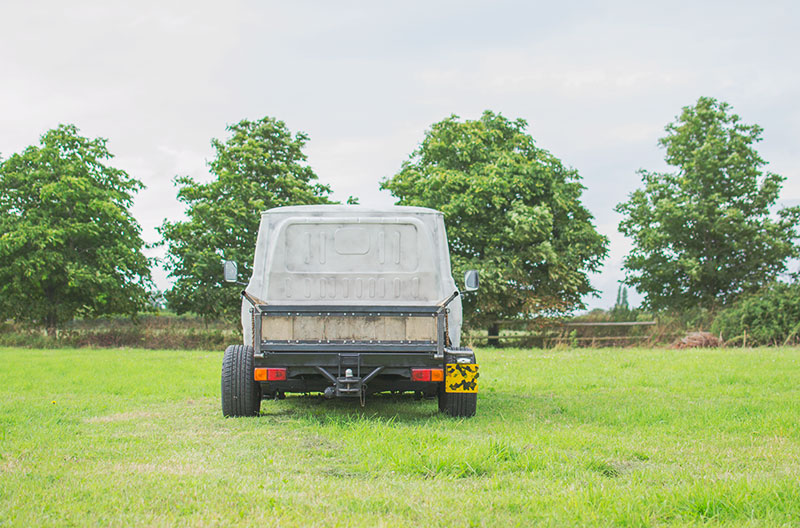 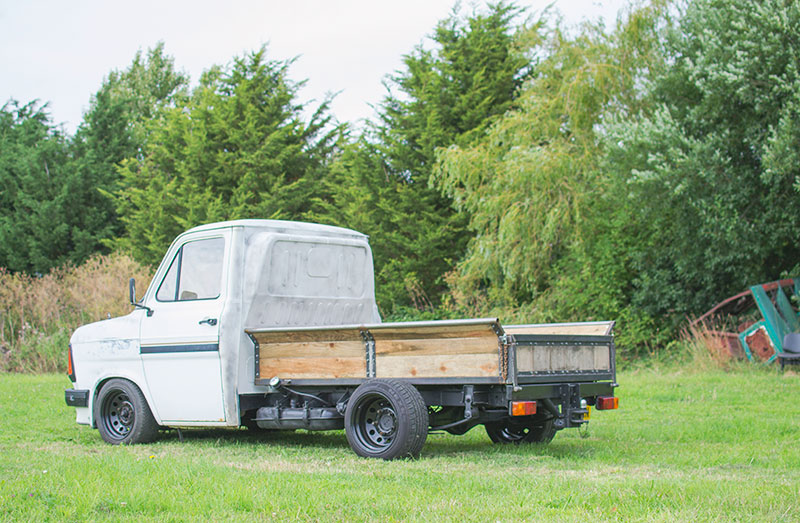 Next job was to make a rear bumper, this was done with some heavy duty box section, seamless tube and an adjustable height Land Rover tow hitch. The rear lights are originals which will be swapped out for something better before long. 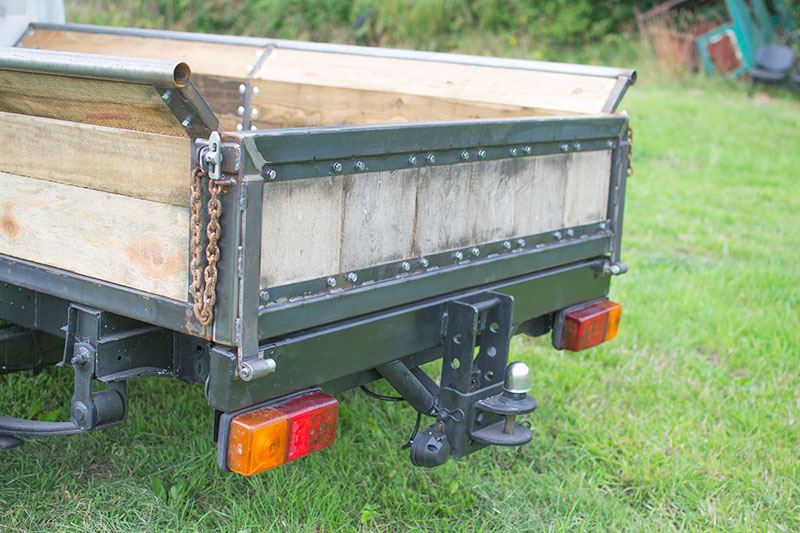 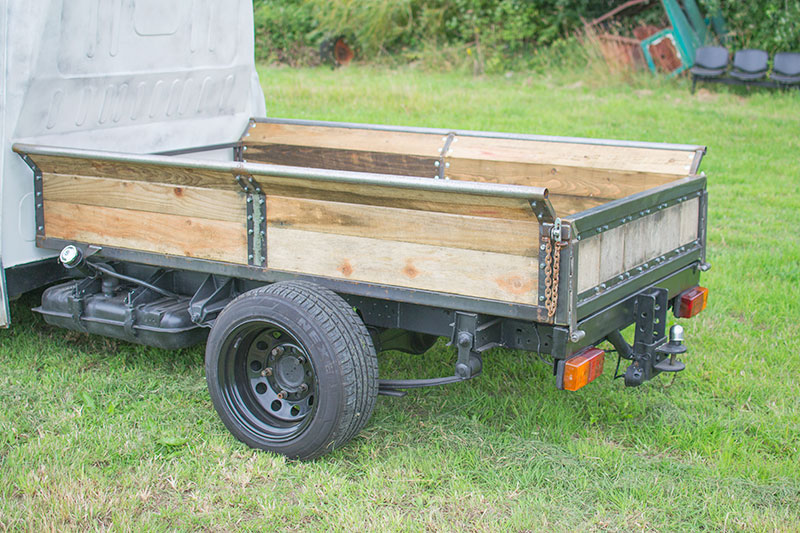 He said he wanted a proper man’s tailgate, it’s got one of those. 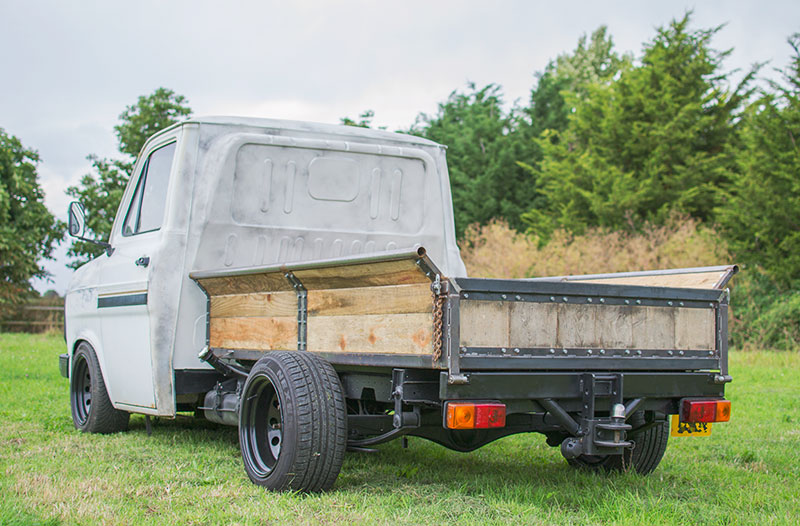 The wheels are Land Rover modular wheels re-drilled to fit. 10j at the rear and 8.5j at the front. I ended up narrowing down a 10 inch wheel to get the right fitment on the front. 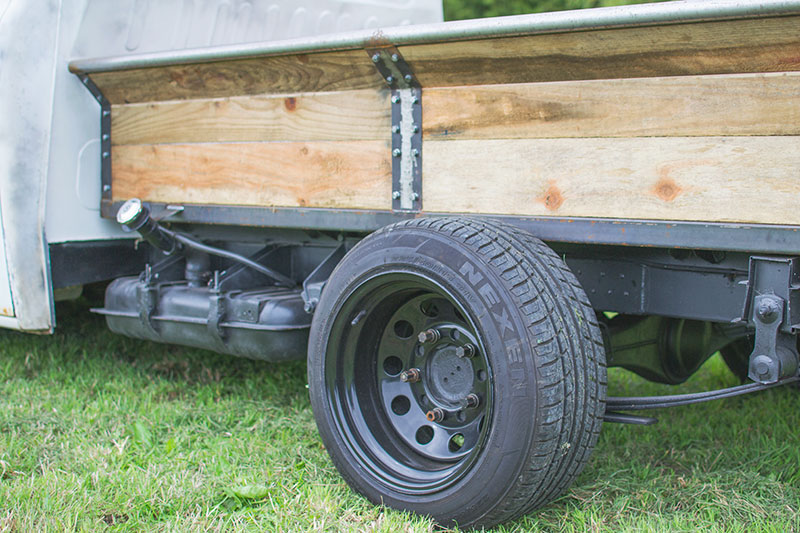 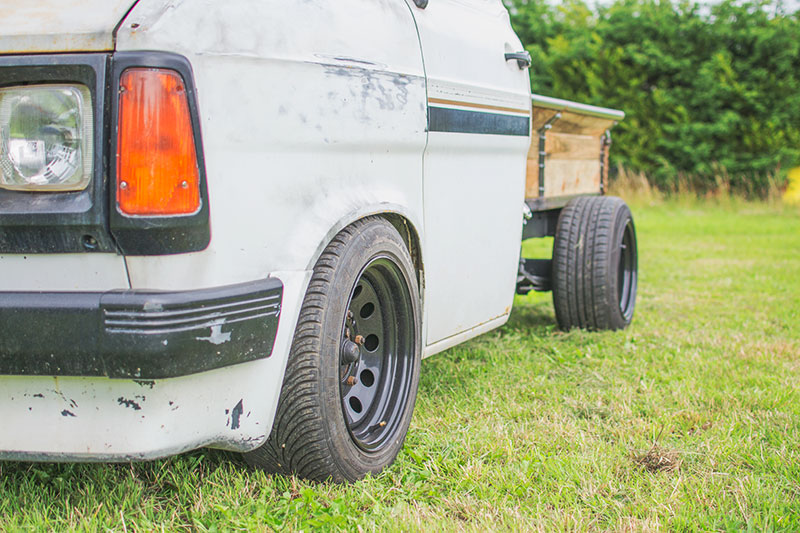 Side exit exhaust with a flapper comes fitted as standard to the Transrod, making sure you get a good listen to the trusty 2.0 Pinto engine as you sail on down the road. 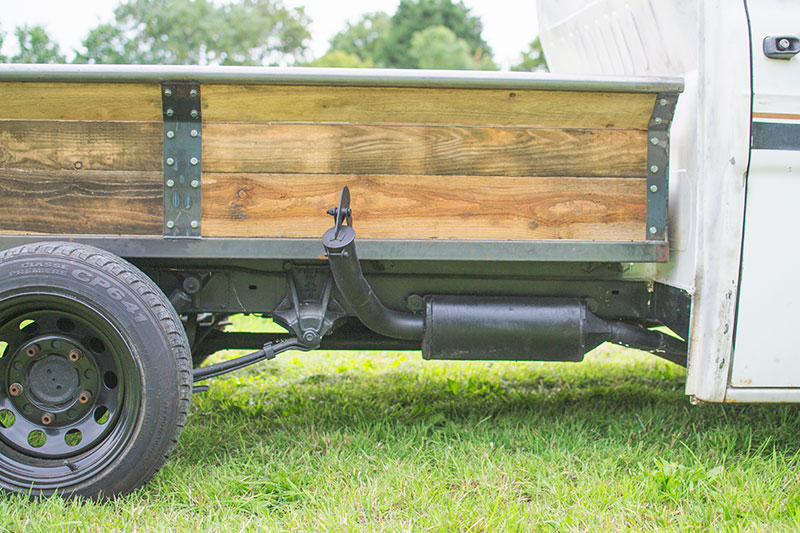 I really enjoyed building this pick up truck and I’m on the lookout for another chassis cab already. Roll on Transrod the 2nd. 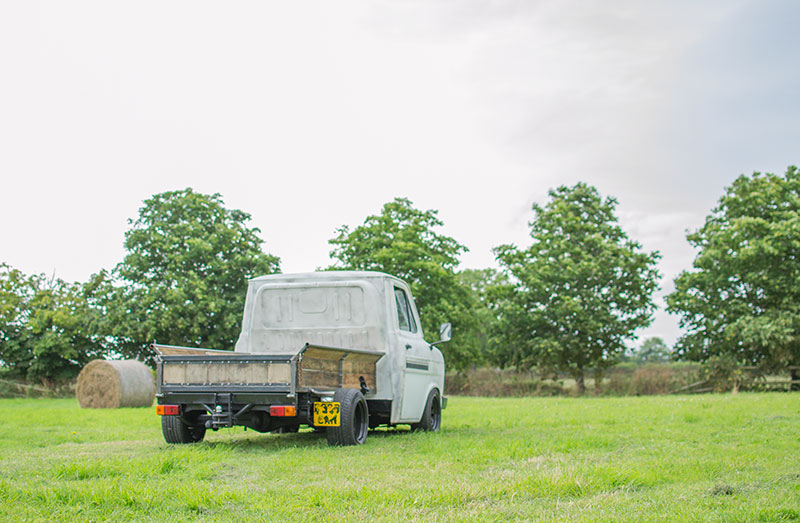